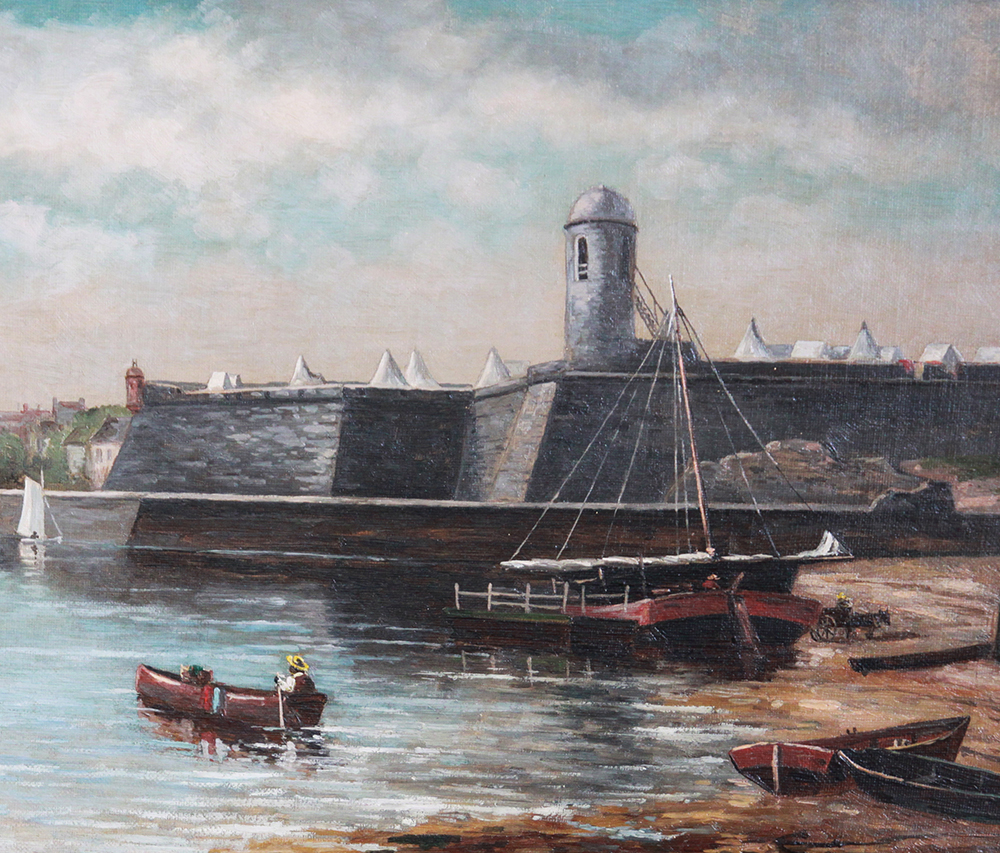 If you are a collector, fascinated by the art of collecting or modestly intrigued by the possibility of starting your own collection, we invite you to attend Lightner Museum’s inaugural collector’s forum event. Our distinguished panel of collectors will share information on their adventures as collectors alongside insights on how to expand your own collecting passion. Attendees of Lightner Museum’s inaugural collector’s forum will learn of the experiences that three prominent collectors have had as they built their individual art collections. Our Collector’s Forum will be moderated by Lightner Museum’s Interim Director, Dr. Rebecca Nagy. As a former Director of the University of Florida’s Harn Museum of Art, Dr. Nagy will add much vision to both the Collector’s Forum and Lightner Museum’s goals toward accreditation with the American Alliance of Museums. Following the question and answer period, attendees will enjoy a tasteful wine pairing reception and an exclusive look at our newly designed American Art Gallery exhibition area. Reservations are required.

Our distinguished panel of collectors

Mr. David Gonzales first sought to pursue his interest in fine arts during his MFA studies at Columbia University. After his service in the United States Marine Corps, he ventured into real estate development.  Upon a visit to a home “exquisitely cluttered with paintings and antiques,” he experienced a life-changing epiphany. In 2001, David Gonzales moved to Jacksonville, purchased a Georgian Neo-Classical home and proceeded to spend years designing and installing interiors inspired by the vernacular of the late 18th century. His goal was to immerse his collection of statuary, French Academic paintings and gilt bronze mounted furniture from 19th-century Paris in settings that echo the period in which they were created.

Ms. Victoria Golden has been a fine art, antiques and antiquity appraiser, as well as the owner of Lost Art and Sea Spirits Galleries, for over twenty-five years.  Victoria’s passion for the arts is wide-ranging resulting in an eclectic collection of fine art that includes ancient Roman glass, paintings by illustrious artists such as Jean Baptiste Camille Corot, modern painters Rene Magritte and Salvador Dali as well as leading contemporary artists of today. What began as a simple passion for collecting objects of interest has resulted in her becoming recognized as one of Northeast Florida’s premier resources to help other collectors in locating fine art within each individual collector’s selected style and genre. Victoria looks forward to sharing her love of collecting!

Don Robbins grew up in a household where both parents had an interest in art collecting: his father, Southwestern American art; his mother, British antique furniture. His own interest crystallized after a 1999 visit to the Mesdag Museum in The Hague, Netherlands, where he became enamored with a particular style of 19th Century Dutch painting. His work background is in business and math, and after twenty years as a math professor at Flagler College, he’s now begun writing a book on his collection of 19th C. Dutch art (specifically the Hague School, 1860-1900). He has a secondary interest in Dutch pottery from approximately the same time period. He looks forward to sharing his passion.