A Museum of Hobbies 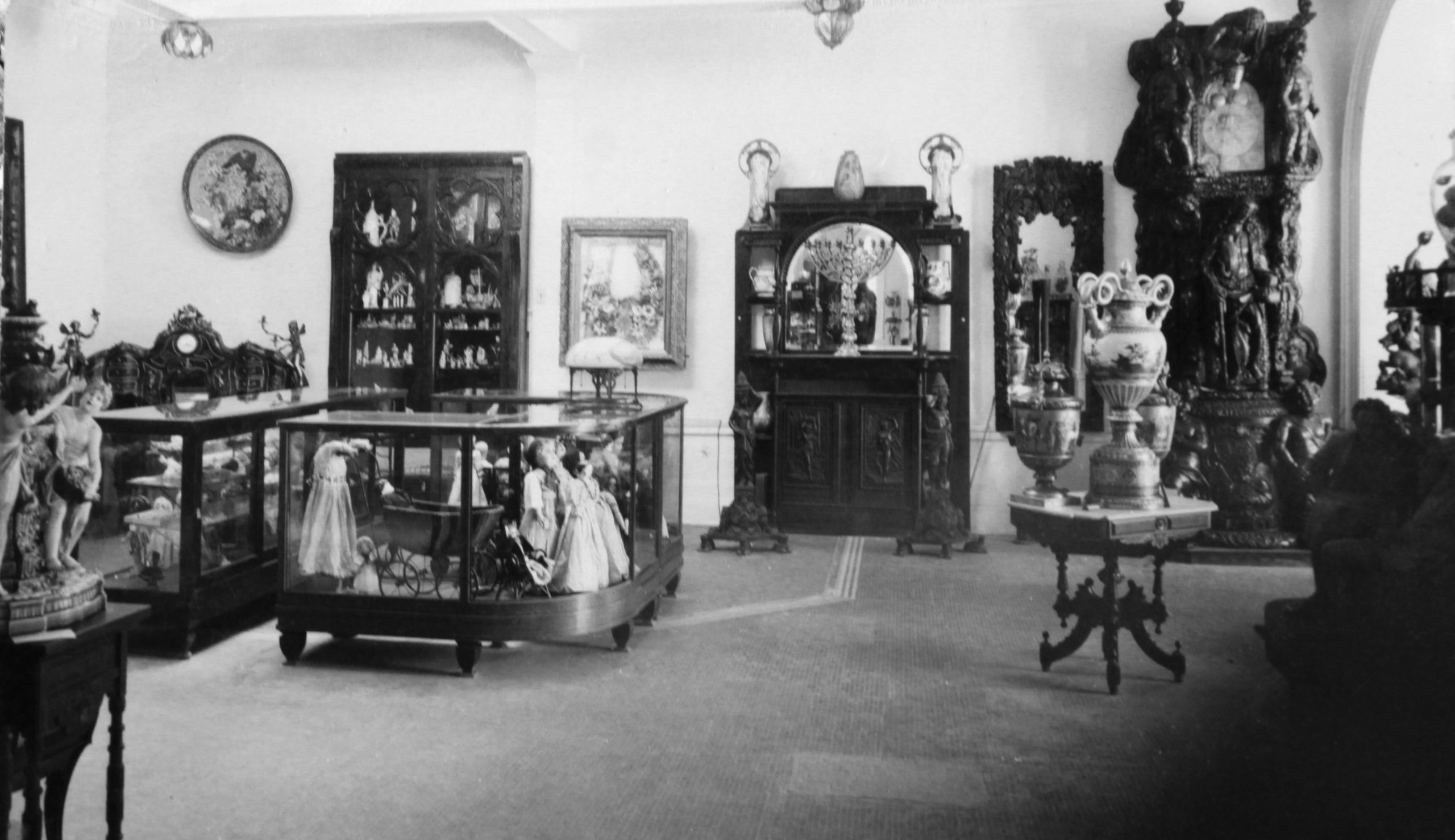 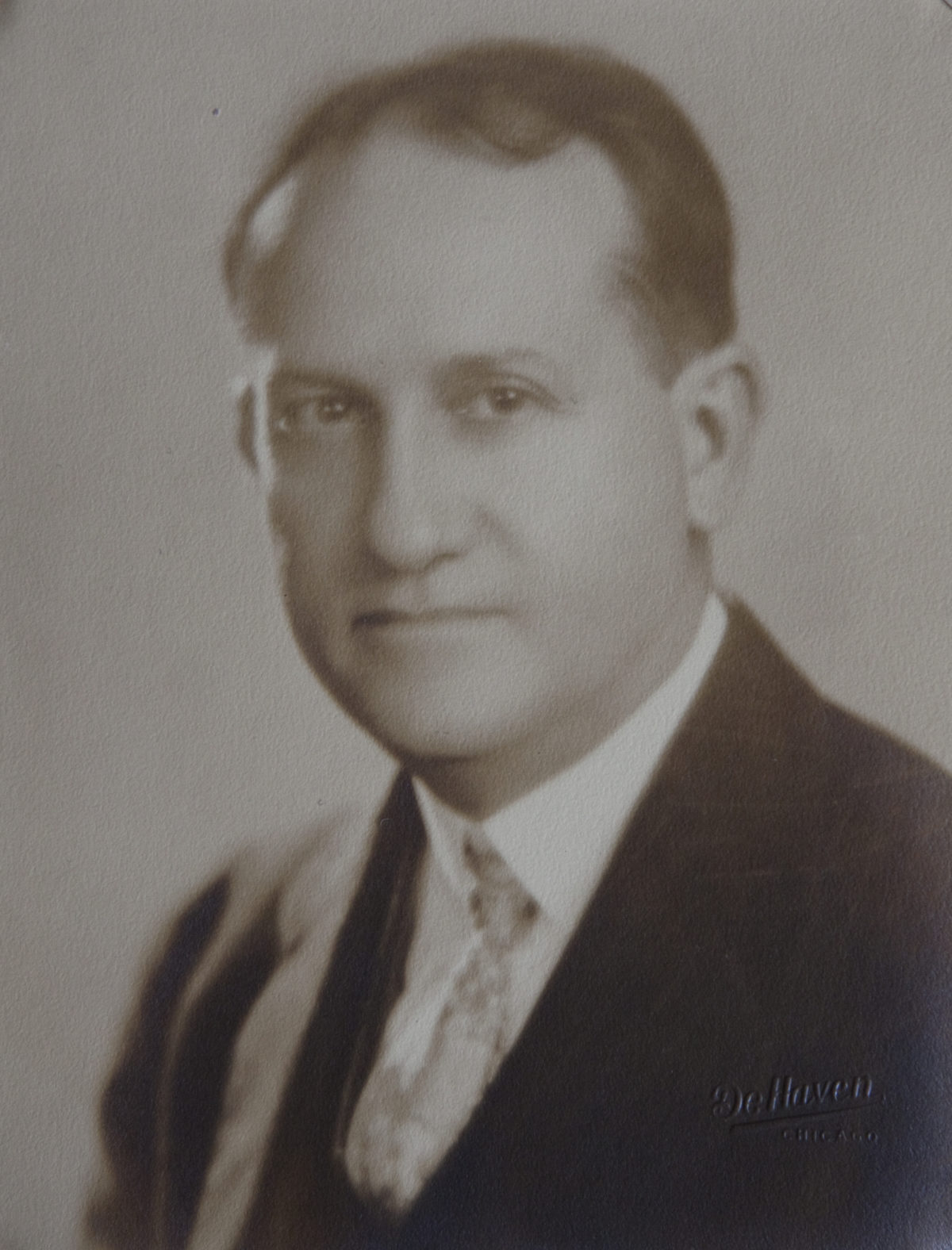 The dawn of the 20th Century witnessed a significant expansion of leisure time for the American worker. Industrial employers began to reduce working hours, initiating Saturday half days, and offering employees regular vacation time. As work hours decreased, arbiters of public morality—educators, ministers, and government officials—became increasingly concerned about how leisure time was being used. The situation was exacerbated during the Great Depression as millions found themselves out of work. Hobbies were seen as a way to reinforce the work ethic, at a time when work itself was under threat.

“You will rarely find a man who has a hobby getting into trouble,” observed Hobbies magazine. The author continued with the bold statement that crime in the United States “could be reduced to a minimum and probably wiped out entirely, were every boy encouraged early in life to pursue some kind of hobby.” The author of these statements was Otto C. Lightner (1886-1950), owner and publisher of the magazine.

Launched in 1931 as the consolidation of several existing hobby journals, Hobbies billed itself as “the magazine for collectors.” Through his magazine, Lightner became a key figure in promoting the concept of hobbies in the US. While he advocated for every kind of hobby, from collecting match books and cigar labels to whittling wood, Lightner himself had the means to amass a substantial personal collection of fine and decorative art, natural history specimens, and Americana.

In 1934, Lightner opened a unique museum in Chicago. Housed in a grand Romanesque mansion on Michigan Avenue, Lightner intended for this “new Museum of Hobbies [to] be unlike anything in the world.” A substantial portion of the collection consisted of art and objects purchased from many of Chicago’s grandest Gilded Age mansions during the Great Depression. Lightner acquired artwork and objects, light fixtures, stained glass, and architectural fragments, from estate sales prior to demolition.

In an essay introducing the museum to the readers of Hobbies magazine, Lightner described in vivid detail how his collections would be presented. In the glass and china room, cabinets would display “various types in this line such as Wedgwood, Staffordshire, Meissen, Majolica, Sevres, and the early American glass from Sandwich, New Jersey, Pittsburgh, etc.” Additional rooms were to be filled with treasures from the Near East, while other galleries were dedicated to brass and bronze, “as well as [a] hall of Wood Carvings.” 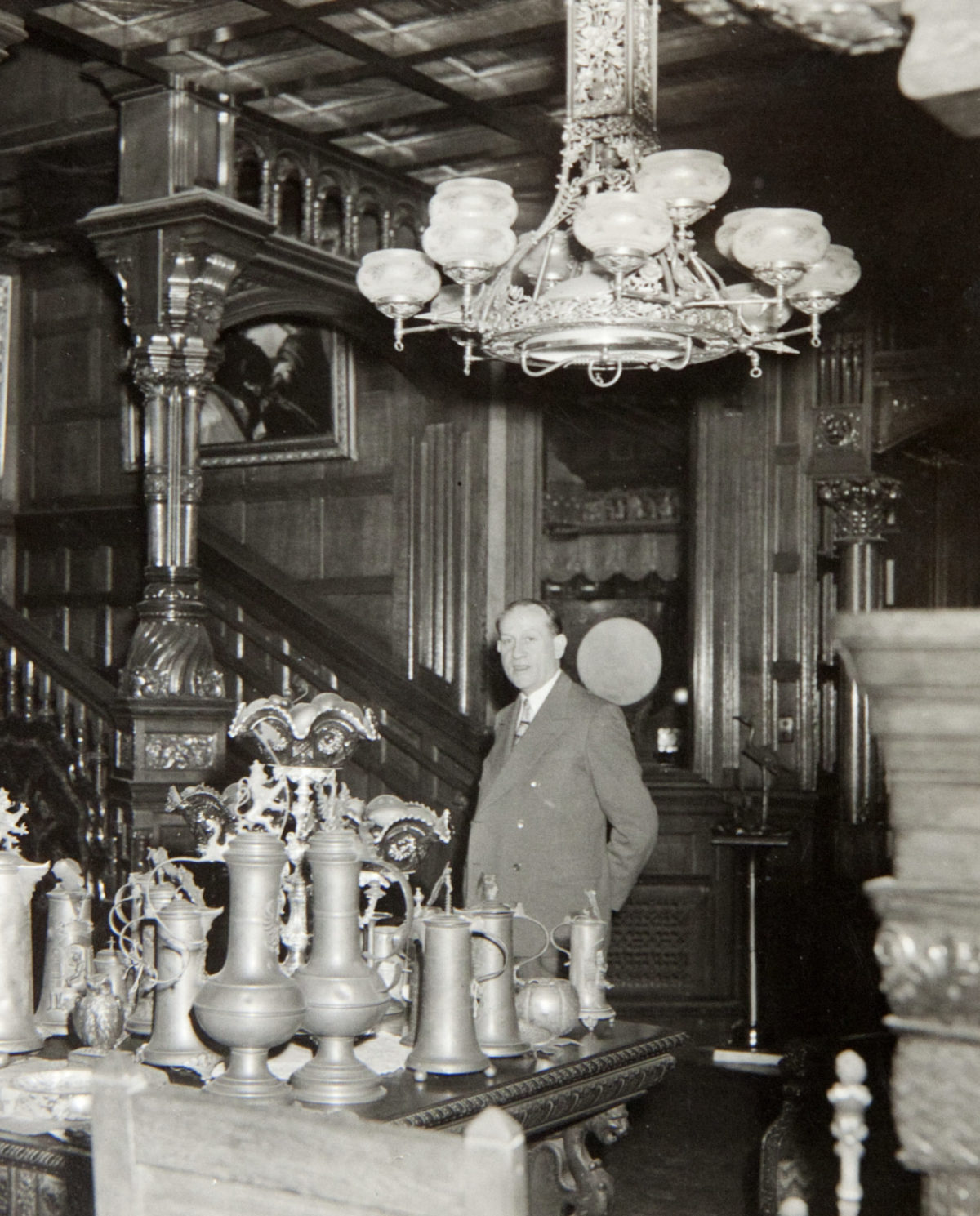 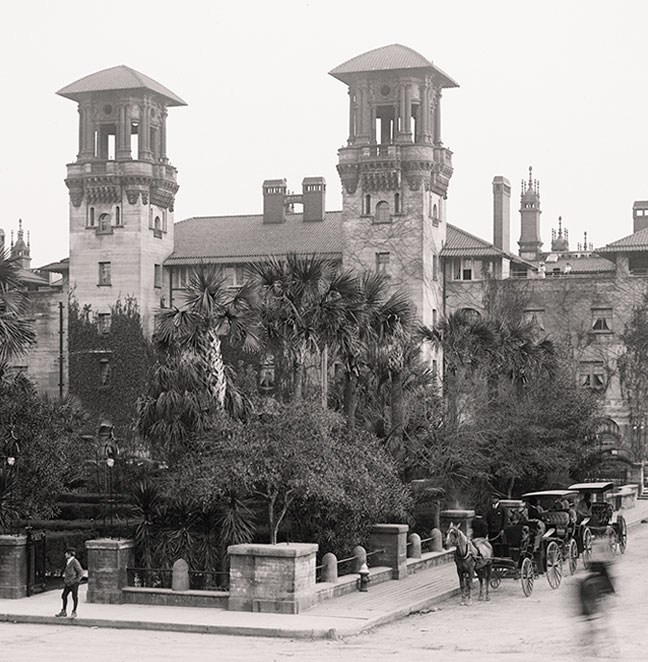 Following a stay in Florida at St. Augustine’s Ponce de Leon Hotel in 1946, Lightner selected the neighboring Alcazar Hotel to serve as the permanent home for his collection. The monumental Gilded Age structure, built by railroad magnate Henry Flagler in 1888, had closed its doors in 1931 and was purchased by Lightner for just $150,000. The new Lightner Museum of Hobbies substantially expanded on its predecessor in Chicago. Lightner declared that the building contained, “more floor space than there is in the Chicago Art Institute or many other well-known institutions,” acknowledging, “We will have to grow into it.”

Otto Lightner had grand visions for his new museum. He elaborated how the main hall was to be “lighted by the most majestic collection of chandeliers in the whole world, no two alike, making a scene of unforgettable splendor.” In the casino of the Alcazar building, the original swimming pool would be transformed into a sunken garden, illuminated “by an extensive collection of Tiffany lamps, which will play their riotous colors through the flowers, palms, and ferns.” The walls of the casino would be “decorated with museum material such as historical quilts, fine needle work, and rich fabrics.’ He concluded by stating, “In its glory the museum as a whole will present a startling effect.”

The Lightner Museum of Hobbies opened to the public on January 1, 1948, although Lightner conceded that the museum was “far from ready. In fact, it is a two or three years’ job to complete every detail that is planned…” Unfortunately, Lightner would not have the opportunity to implement his full vision for the museum, succumbing to cancer on June 9, 1950. His grave stands in the courtyard of the museum he founded in St. Augustine.

Today, the Lightner Museum continues to be a place of inspiration, enriching the lives of visitors through its unique collection, historic building, and dynamic exhibitions and programs.  The incredible legacy that Otto Lightner left to the people of St. Augustine retains its sense of wonder while offering a popular, vibrant, and exciting experience for all. 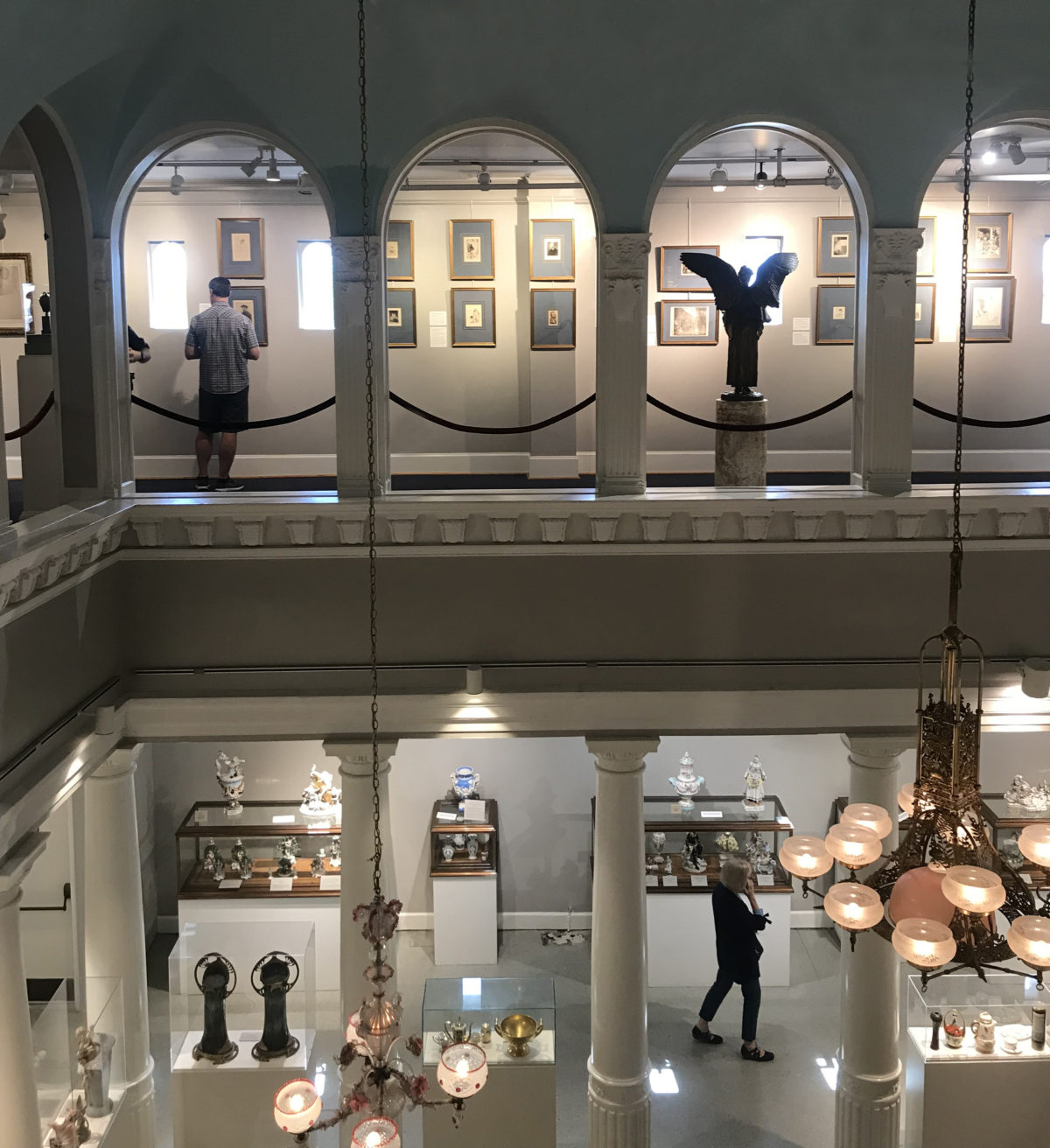 Exhibition Galleries at the Lightner Museum, housed in the original gymnasium of the Alcazar.